A Galaxy of Winter Sports Options in South Dakota

This is the place to go, not just for skiing but for everything from ice fishing to snowmobiling to wildlife watching.

Glamorous downhill ski destinations such as Park City in Utah and Sun Valley in Idaho may get the headlines and celebrities, but few places offer the diverse range of winter sports you can enjoy in South Dakota. Here you can engage in snowshoeing and cross-country skiing, ice skating, snowmobiling, wildlife watching, ice fishing—even some late-season pheasant hunting.

I like to start my South Dakota outdoor adventure in Rapid City, which welcomes private jets and charter flights and is also served by American, Delta, and United airlines. In Rapid City, you’re only about a dozen miles from Mount Rushmore, which is particularly impressive when dusted with snow. You’re also in the spectacular Black Hills, which rise from the Great Plains in western South Dakota and extend into Wyoming. The legendary Lakota people called the land Pahá Sapá—Black Hills—not because the earth was black but because, from a distance, across the shimmering plains, the stands of lodgepole and ponderosa pines made the mountains appear dark. 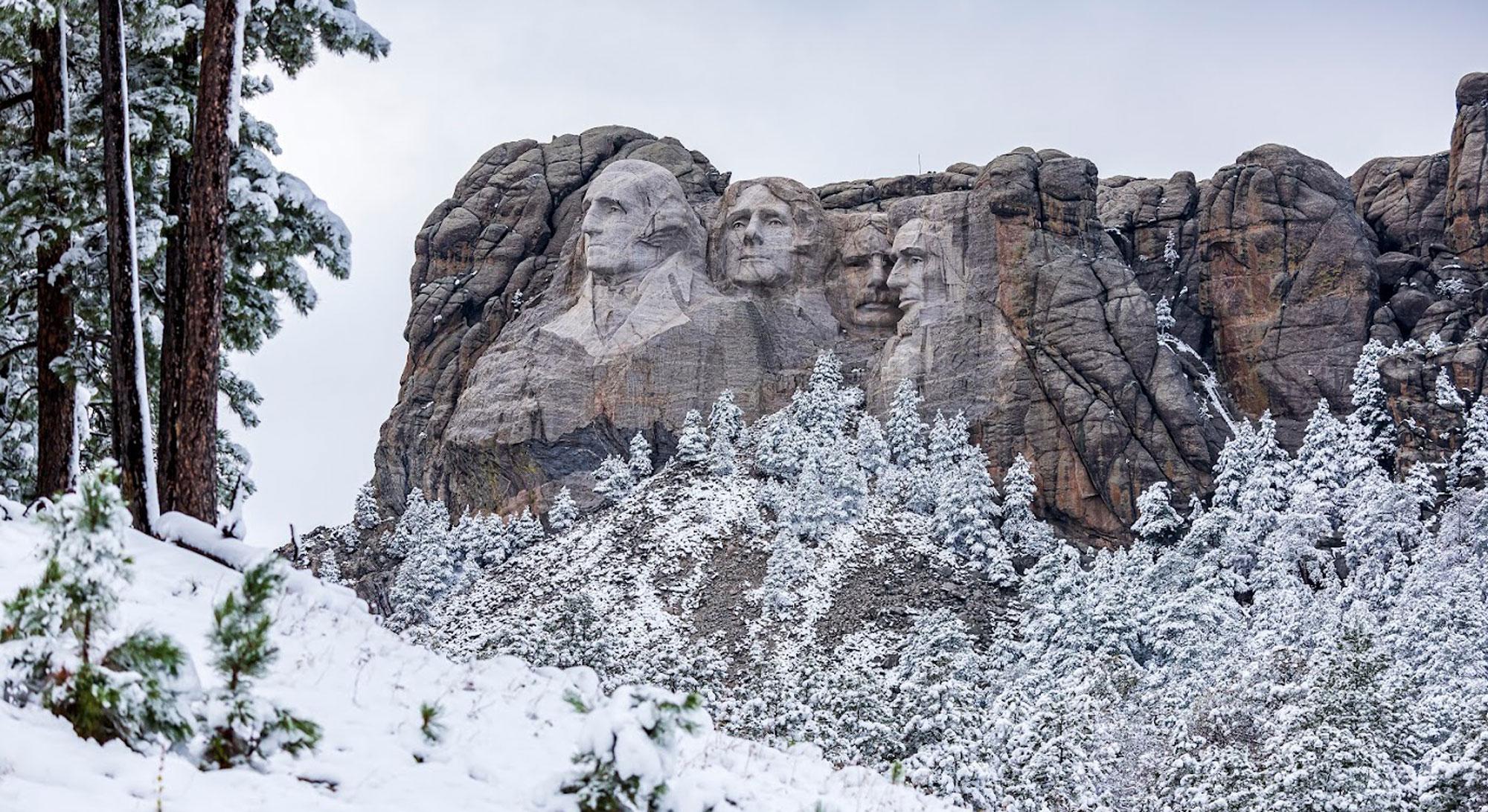 After you stop at the colossal presidential carvings in granite, head to nearby Custer State Park, where the buffalo roam. The park’s roughly 1,400 animals represent one of the largest public herds in existence and are the star performers in the famous Governor’s Buffalo Roundup each September. Far more sublime is the sight of small groups of these majestic creatures in the wintery alpine meadows and sagebrush flats, snow caked to their thick brown shaggy hair. Bring your binoculars. 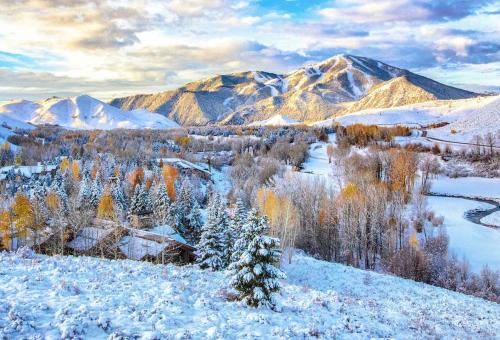 The 1.2-million-acre Black Hills National Forest has 412 miles of groomed snowmobile trails. And trails used by hikers in summertime in the National Forest are open to cross-country skiing and snowshoeing, including Beaver Creek, Big Hill, Deerfield Lake, Eagle Cliff, and Sundance.

One primitive former historic forest lookout cabin, called the Summit Ridge Lookout Cabin, is available for rent by advance reservation. If schlepping all your own supplies through the snow isn’t your idea of fun, however, you’ll be glad to know that many private vacation homes are available for rent throughout the region. Look first at the lodging opportunities at the Custer State Park Resort—everything from cozy honeymoon cabins to family ranch houses to the State Game Lodge, an eye-popping stone and wood manor built in 1920 as the “Summer White House” for President Calvin Coolidge. The elegant lodge is on the National Register of Historic Places. 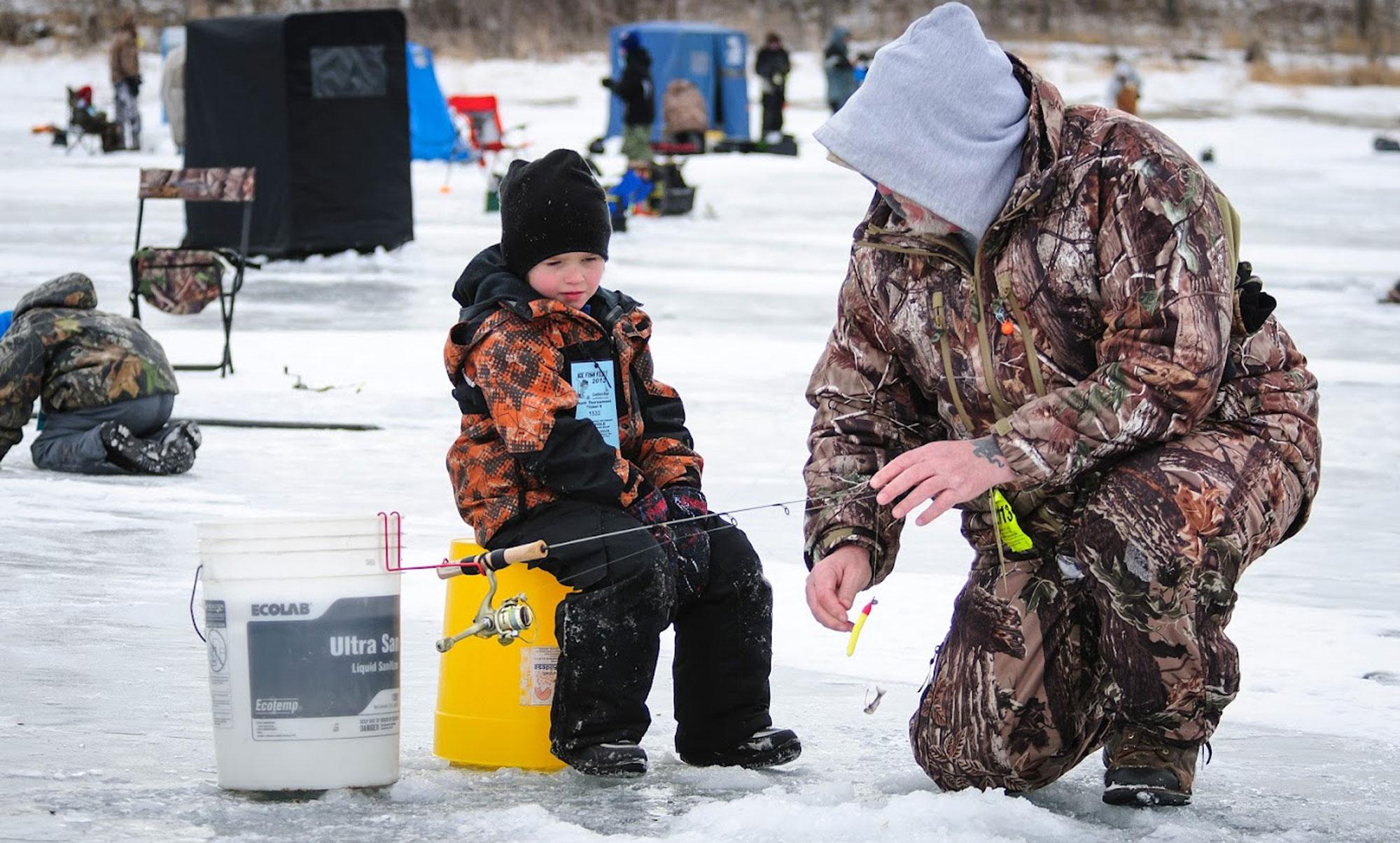 Ice Fishing. Serious Minnesota winter anglers who sleep with their augers in tents with television sets and full bars out on the ice may not think of South Dakota as a prime destination. But the reservoirs, natural lakes, and even farm ponds throughout the state offer some of the finest ice fishing on the American prairie ice belt. West to east, the Black Hills region is known for trout. The Missouri River system and Fort Pierre National Grasslands in the center of the state provide world-class fishing for trophy walleye, northern pike, crappie and bluegill. And waters of the Glacial Lakes region toward Sioux Falls feature jumbo perch, and walleye—the best-eating freshwater fish that swims, in the opinion of many, me included. As a service to anglers, throughout the winter, the state Fish, Game & Parks department routinely clears boat ramps and other access points to some 67 popular ice-fishing destinations.

Hunting. My most memorable South Dakota adventure was some years ago in December. Despite warnings of an impending fierce snowstorm sweeping down from Canada (in the Dakotas there is no other kind), I couldn’t resist an invitation to close out the pheasant season at Paul Nelson Farm, one of the finest bird-hunting lodges in a state known for the best pheasant shooting in the world. On cue, the first big storm of winter arrived as I was driving south, after having flown into Bismarck, North Dakota. The rental car made it through horizontal gusts. The next day was magic. Our little party with over-under shotguns at the ready walked ahead of the guides and behind their bird dogs, through sweeping fields of stubble corn and millet and drooping sunflowers glistening with fresh snow. And at the end of each field the pheasants erupted, Christmas dinner cackling against the bright blue prairie sky.