The National Air Transportation Association has already trained 5,000 crew members but believes much more needs to be done.

A little more than a year after the National Air Transportation Association (NATA) began to highlight the issues surrounding human trafficking and associated regulatory requirements for the aviation industry, the organization has teamed with the U.S. government on its Blue Lightning air carrier awareness and training initiative and has now instructed several thousand pilots and hundreds of air carriers on preventative measures.

While encouraged with the response to the training, NATA president and CEO Tim Obitts said more needs to be done to reach all carriers and to widen the scope of training to FBOs.

To help raise awareness among its membership during its Aviation Leadership Conference last year, NATA brought in Philip Langford, the North America president for the International Justice Mission (IJM), an organization engaged in a global battle against trafficking. Langford stressed that the brutality of human trafficking “is real. It is more vast and more brutal than at any time in history.” Some 40 million men, women, and children are trapped in slavery, whether through forced labor or prostitution, in what amounts to a $150 billion business, he told conference attendees.

Such activity thrives where police and government intervention is minimal, Langford said, but he added that it is a global problem. He also maintained that such activity is more stoppable than ever before through government and public scrutiny and vigilance.

Obitts called the practice “one of the great scourges of society” and noted that most people are surprised at how widespread it is. This makes it critical that the aviation industry not only be aware of trafficking itself but of the requirements and obligations of the industry to be on the alert for it, he said.

To combat the use of commercial air transportation as a means to facilitate human trafficking, the U.S. Congress included a measure in the FAA Extension, Safety, and Security Act of 2016 for flight attendants to be trained to recognize and respond to potential human trafficking. That requirement was expanded under the FAA Reauthorization Act of 2018 to include “ticket counter agents, gate agents, and other air carrier workers whose jobs require regular interaction with passengers on recognizing and responding to potential human trafficking victims.”

This awareness campaign and training has taken place through a joint government effort, the Blue Lightning Initiative. This initiative, originally brought to the Part 121 sector, has already provided training to more than 100,000 people.

But the congressional training requirements encompass Part 135 regulations in addition to Part 121. And while they don’t explicitly apply to the fixed-base operator, Obitts said FBOs can serve as a gateway to such activity and should be on the alert as well.

“NATA wanted to make sure that we did our part to educate Part 135 operations, as well as FBOs, on identifying the potential for human trafficking and ensure there’s an awareness,” he said. “So that’s what we have done.”

NATA signed a memorandum of understanding (MoU) in June with the Departments of Homeland Security and Transportation to help extend the DOJ’s Blue Lightning Initiative to general aviation. Under the partnership, NATA’s Compliance Services (NATACS) agreed to educate the general aviation community on the pervasiveness of trafficking, detection, and mitigation.

“Our work to support the Blue Lightning Initiative expands the array of, and access to, resources and tools for our membership and the industry to assist in protecting their employees, customers, and businesses,” said NATA senior vice president Ryan Waguespack in announcing the training.

In response to the MoU, NATACS added the 17-minute Blue Lightning program to its training suit. By the end of September, NATACS had already trained 533 companies and 4,723 crewmembers.

Obitts qualified those numbers to note that many of the large, more sophisticated operators already had been aware of the requirements and had developed their own training protocols. And while NATA already has had a wide reach, he worries that there are still many more that are unaware of the requirements and might not be prepared to be alert for such activity. “Some 135 operators were not cognizant of the fact that they had to be trained,” he said. “We’re resolved to push this forward. While 533 companies and 4,723 crewmembers sound like a lot—it’s a great start—there are more out there that need to be trained obviously, and we're going to keep trying.”

The majority of those trained have been air carriers. NATACS CEO Michael Sundheim said the next step is to broaden that reach to FBOs. The training is not a requirement for FBOs, but still necessary, he said. “For the FBOs, it's purely a public policy campaign to help them to be aware, to make their facilities more resilient, and to put an outer layer over top of the air carriers so none of this traffic goes through private charter and air carriers,” Sundheim said.

While the majority of trafficking occurs through the airlines, the role of business aviation can play in the activity made for prominent headlines from convicted sex offender Jeffrey Epstein’s use of his business jet fleet in and out of Teterboro Airport in New Jersey.

Obitts and Sundheim noted that Part 135 operations often get confused with Part 91 in these cases, but said any activity is bad for the industry as a whole because of the perception cast upon all aircraft owners and operators.

However, Sundheim stressed that being a conduit for human trafficking is typically less of an issue with the large charter operators, those that operate aircraft weighing more than 12,500 pounds and must adhere to strict protocols under the Transportation Security Administration’s Twelve-Five security program. In addition to complying with Twelve-Five mandates such as passenger manifest checking, those operators come under heightened scrutiny. 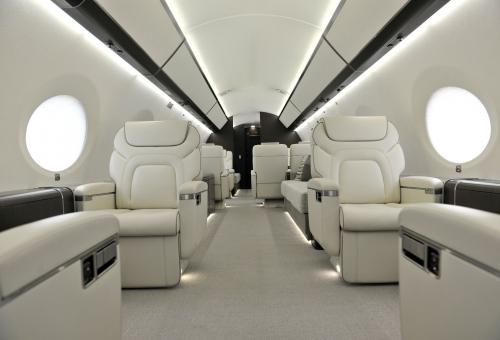 The Whole Truth About Two Parts

The difference between Part 91 and Part 135.

“Obviously, the Epstein scandal was horrific and terrible. But [Part] 135 has to check manifests and so there are more checks and balances than there would be in the Part 91 space,” Obitts agreed. “I've talked with operators that had to deal with an angry broker and angry client because the person who shows up doesn't match who is on their manifest and [the operator] will not fly that person. There are those checks and balances. They comply and they don't want to lose their ability to operate by failing to do so.”

However, they were more concerned about operators of smaller aircraft that might not have access to some of the security tools to stay on top of the issue. “There are two sides of the air charter,” Sundheim said. “One is the TSA-regulated. And they absolutely have procedures and protocols in place before any passenger books or gets on that airplane. The other is the non-Twelve-Fives. That’s a mix of their ability to comply because they don't have access to vetting.”

“In talking with the under-Twelve-Five people, I know they're trying very hard,” Obitts added. “It can be a matter of resources for them.”

Another major area of concern is illegal charters, in which case programs such as Twelve-Five might be skirted altogether. “One concern that we've talked about in working with Homeland Security, Customs and Border Patrol, and the FAA is what we call Part 134-and-a-half, the illegal charter scheme,” he said.

Obitts added the agencies have “directly correlated illegal charter to the movement of humans and illegal goods. And so we're continuing to work hard to educate and to have people be compliant and act because whenever that happens is bad for the whole industry. The public doesn't seem to be able to recognize the difference.”

And while they didn’t have details, the government agencies have indicated they have come across cases of operators that have been either involved or ensnared in such activity, Obitts said. “They've not given us specifics on that security because they're ongoing investigations. They’re all working together in conjunction, and we continue to work with them on this because it's a very serious issue and, not only is it a safety issue, it's a security issue. And then it's also a public-perception issue.”

It further highlights indicators of trafficking, including means of control over victims. One such example is the trafficker may hold the victims' travel documents, preventing them from escape. Traffickers may hold victims close to them, even accompanying them to a restroom. A victim may not have clear ideas of itinerary or give a non-sensical itinerary.

The trafficker can be anyone, including a victim’s friend or family member and anyone can be a victim of trafficking.

The program provides numbers for crewmembers and operators to present suspected activity and urges that any such activity be reported immediately. The U.S. telephone numbers listed on the Blue Lightning website include (866) 347-2423 to report activity and (888) 373-7888 to get help from the National Human Trafficking Hotline.

The training module also advises against intervening; rather, it states that that should be left to the authorities. Even if it does not appear as if the authorities took a report seriously, surveillance might be ongoing that is not detectible. Regardless of whether people are sure they are seeing trafficking activity, they should report the activity. It is OK to be wrong, the training states, noting that the authorities can make that determination.

“Airline personnel like you are vital partners in the Blue Lightning Initiative’s fight against human trafficking,” the program states.