The benefits of private aviation have created massive demand during the pandemic, and providers need to manage the supply constraints.

The industry has done a “wonderful job” of highlighting the benefits of business aviation during the pandemic, said Sentient Jet president and CEO Andrew Collins, but jet card and other providers also need to be prepared to manage through the supply constraints that have come along with COVID-19. Speaking to attendees at Corporate Jet Investor Miami 2021 on Tuesday, Collins said Sentient “made the right call” to halt card sales to ensure that it can provide proper service to existing clients.

“Nobody wanted a pandemic," he added. "Nobody thought it was going to happen, but it played right into some of the attributes of business aviation. I think last year we were all evangelists for why private aviation matters. We created this surge and built up a real demand.”

A lot of people who previously did not fly privately became private flyers during the pandemic and “enthusiasm for it became even greater.” That followed with referrals, expanding the market, and then it grew further once the vaccines rolled out. 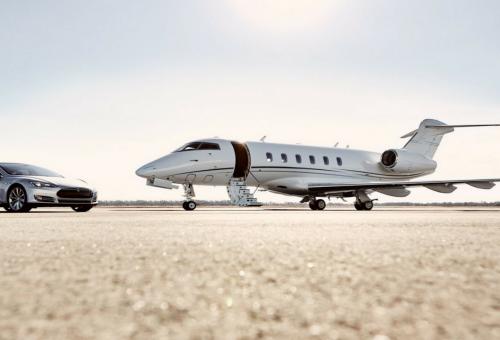 People who haven't flown privately are reconsidering their options during the COVID-19 crisis.

While initially private aviation was looked upon mostly by individual flyers for personal travel, Collins said he doesn’t believe that is still true. “I think it feels that way because you don't have the Fortune 100, Fortune 500, or those different companies running around saying this is our travel policy,” he said. “But we're seeing a lot of individuals from businesses. A lot of them may work transactional work deals through teams. You can see it in travel patterns. You can see it in the kind of turn-and-burn aspect for some of the flights. So there's definitely business [travel]."

However, Collins noted that supply is a challenge. If operators haven’t been prepared for the market in terms of sourcing, “organizational firepower,” the right investment sources, and necessary relationships, then it will be a tough market.

Collins stressed that there are operators in “great shape” that have managed business really well and will continue to grow. Regarding Sentient, he noted that the decision to pause card sales was a first. “I don't think we'd ever done that.” It was a move taken by other providers and Collins said that at some point the industry will take a new look at sales of flight legs. This is key, given guarantees provided to customers.

But with the current capacity constraints, Collins believes there “will be a shakeout.” That could result from lack of profitability as products morph, because of consolidation, or because companies have been running on razor-thin margins and simply "punch out."

Added Collins: “You need that strong balance sheet. You have to be willing to invest. I think it’s going to get better over time.”

He sees aircraft deliveries accelerating, as well as new entrants skipping cards and fractional shares and going into ownership. Once acquisition and ownership costs set in, Collins believes, “some stuff that’s on [Part] 91 might slip to 135 and bring more capacity in the market.” Additionally, some may push aircraft back into the market, he added.

“I can't tell you exactly when that happens," Collins said. "Maybe a macroeconomic event starts to trigger some of that. And maybe people just get a little bit past the novelty of it."