The airframer designed the three-zone configuration to provide a fully functional and efficient workspace in the air.

Bombardier recently revealed a spacious new executive cabin for its Global 7500 and 8000 ultra-long-range jets. The cabin, which features three 12-foot-long workspaces, is designed to facilitate collaboration, productivity, and networking among passengers. Bombardier originally designed the Global 7500 to have four zones, but the company has re-engineered the aircraft’s bulkheads to offer three larger sections as an available option.

“We're going to give all the workspace for executives to be able to have meetings and be able to run—like if they were in their boardroom or at the office—their company from the air," Bombardier president and CEO Éric Martel said of the new three-zone option.

Bombardier has also revealed a cabin furnishing called the “Nuage cube,” which can function as a seat, stool, or small table. The Nuage cube is lightweight and is designed for passengers to easily pick it up and move it around the cabin. 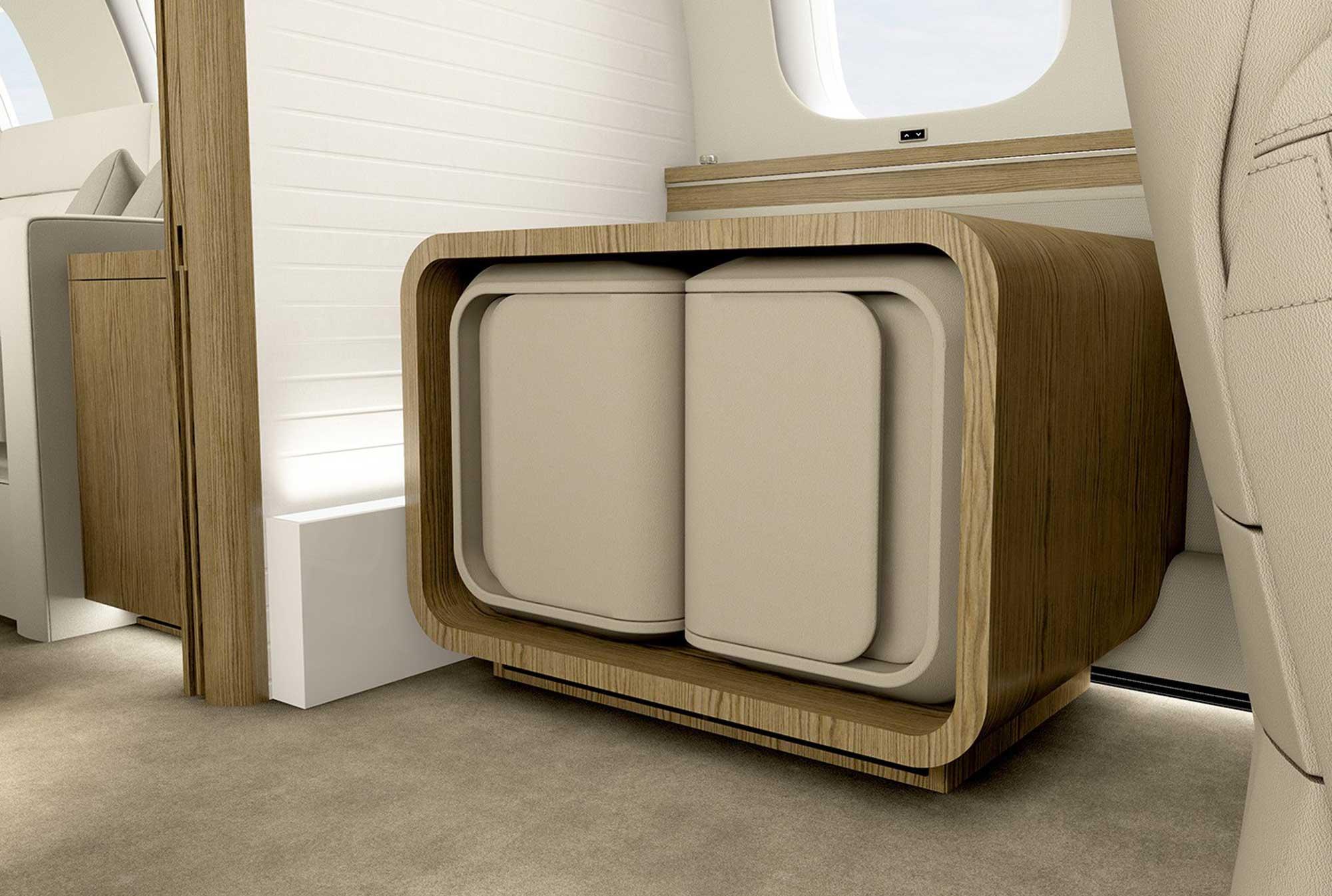 The Bombardier Nuage cube and credenza in its executive cabin hub. 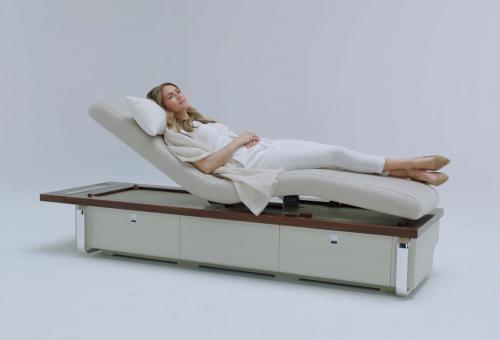 It converts from a flat surface to a lounge chair.

Bombardier’s new executive cabin includes an office suite, conference suite, and C-suite. Martel explained that the office suite, which contains four Nuage seats, has the most legroom of any business jet available today. Each seat is also designed to be a highly efficient workspace.

The conference suite has a table with four seats and an integrated flip-up monitor. Martel said this room “is perfect if you want to do a videoconference or presentation or anything that you would do in a normal office environment.”

At the back of the airplane, the C-suite provides “an ideal space to focus, relax, or [have] confidential conversations,” Martel said. “So it provides an added degree of privacy and calm.”