The fuselage is essentially 50 years old, but the latest version adds likable features to an understandably popular model.

Yes, it has many of the accoutrements you’d expect in a new business jet: double cup holders, USB ports, pattern-stitched seats, a choice of neutral interior color palettes, Wi-Fi and cabin management from your smart device, and in-wall transducer surround sound. But the “new” Cessna XLS Gen2 that Textron Aviation began delivering earlier this year is basically a 50-year-old fuselage. When it comes to appearances, it is the flying equivalent of cosmetic Botox injections for your grandmother.

And like Grandma, the $15.5 million XLS Gen2 is stout, sturdy, portends little drama, and has been getting the job done for a long, long time—albeit with a sense of style usually relegated to time capsules: the smallish cabin windows, the dreaded trenched center aisle, the ugly pneumatic deicing boots on the elevators, the cruciform tail, the stretched wire antenna that looks as if it was stolen from the ham radio guy down the street. The design screams the 1970s. Just add orange shag carpeting and you’re there.

Indeed, the Gen2 can trace its roots—and some of its parts—back to 1977 with the first Citation II, and its successor, the Citation V, which first flew in 1987. The tailplane and straight wing both recall these aircraft. The fuselage cross-section was lifted from the Citation III, which first flew in 1979. Cessna threw these disparate parts together in 1994 with the aircraft that was the template for the Gen2, the first Citation Excel, with some interesting results: light jet economics and runway performance with a more comfortable, sort of stand-up cabin.

Pilots called the Excel the “Fat V,” which suggests why it initially hit its target market so successfully: its straight wing allows it to use much shorter runways than the Citation III (and follow-on iterations, including the Citation VI and VII) with its 25-degree sweep. The III needs at least 5,000 feet of pavement while the Excel can get in and out of places with just 3,600. And that makes many more airports accessible. Granted, the straight wing renders the Excel 40 knots slower than the III, but on typical missions of one to two hours, that speed difference is de minimis and fuel economy is marginally better. 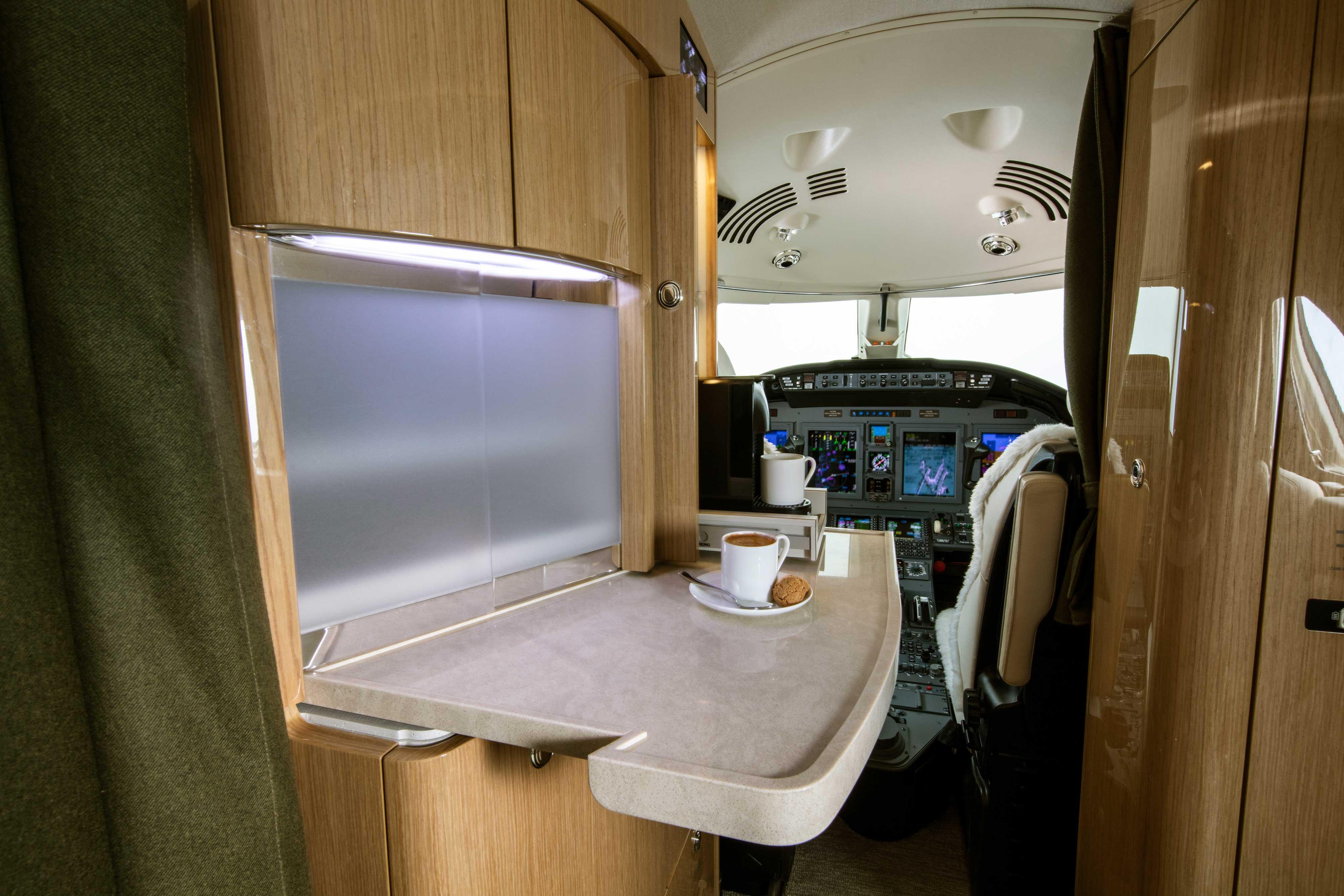 Most Excel customers already were firmly in the Cessna camp and were trading up from a Citation V, Ultra, or Encore. The Excel hit the sweet spot, and the market responded: Cessna delivered 308 between 1998 and the end of 2002 and at the model’s peak produced more than 100 a year. As of 2021, Cessna has sold more than 1,000 Excel family aircraft.

A follow-on model, the XLS, sold 329 copies between 2004 and 2009. The main difference between the Excel and the XLS is that the latter provides updated avionics, a 200-pound gross weight increase, and more thrust via the uprated PW545B engines, thus eliminating the need to “step climb” to the aircraft’s 45,000-foot maximum cruising altitude.

The XLS+ debuted in 2008 and features Collins Pro Line 21 glass-panel avionics with large eight-by-10-inch displays and fadec-controlled engines that were again uprated, this time to 4,119 pounds of thrust per side (engine designation PW545C). The XLS+ also got the longer, more tapered nose cone of the larger Citation Sovereign, marginally improving aerodynamics and ramp appeal. Beefier carbon brakes are less prone to wear. The brakes, combined with wing-mounted speed brakes and big thrust reversers, made the XLS+ a short-runway champ, and trailing link landing gear softens what can sometimes feel like abrupt touchdowns. The cabin was also refreshed with LED lighting, 110V outlets, optional Wi-Fi, slightly wider seats, and updated styling with a new color pallet.

With the XLS+, Cessna increased the annual inspection interval from 12 months or 600 hours to 12 months or 800 hours. And if any bizjet can take 800 hours per year—or more—it is this one. Fractional-ownership company NetJets at one time operated more than 100 of them, and membership flight service Wheels Up uses them as the mainstay of its jet fleet.

Numerous upgrades are available for legacy Excel series aircraft, including retrofit of the Garmin G5000 digital glass-panel avionics system (not available on the XLS+). 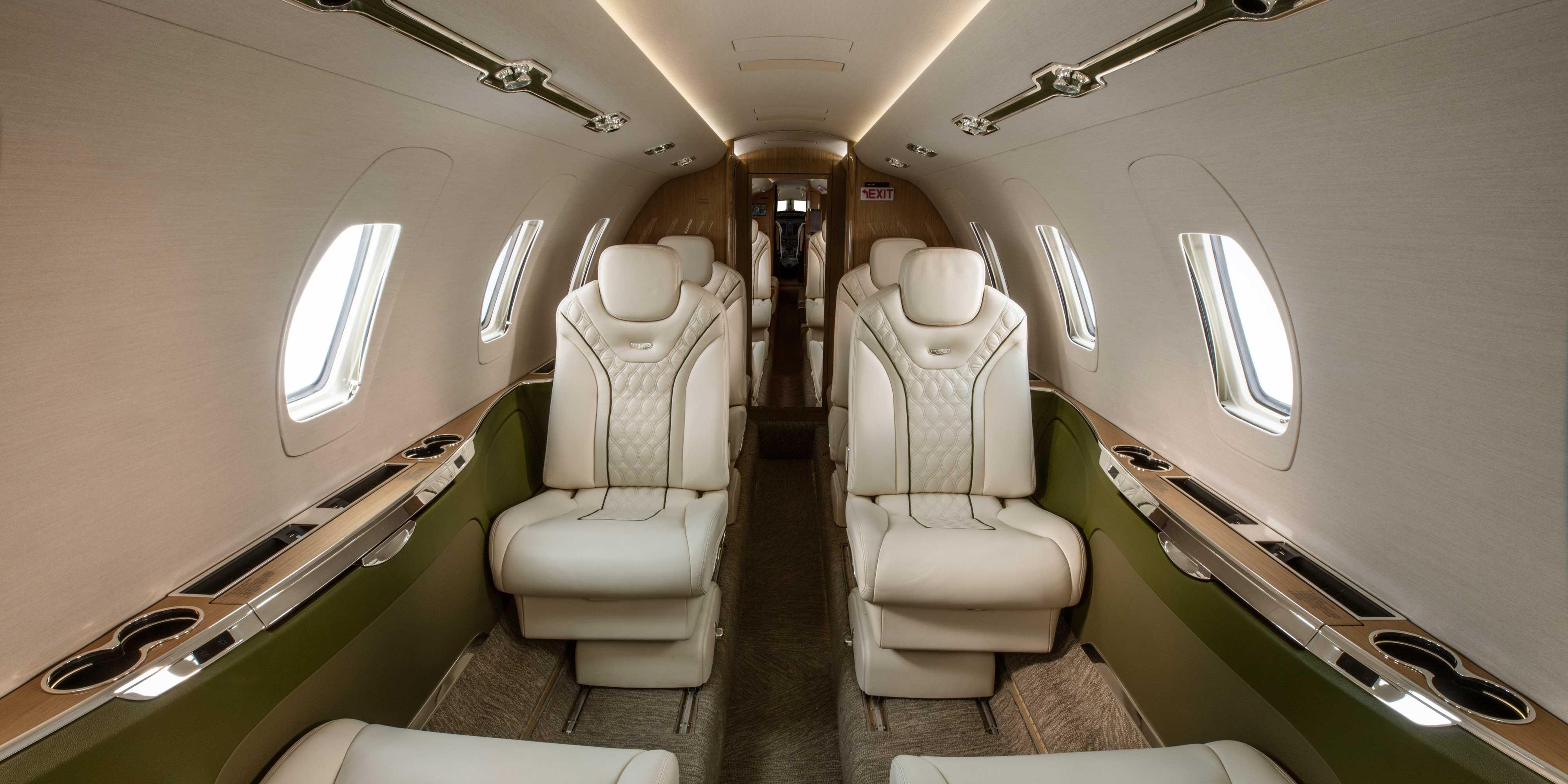 Seating for Nine but Better for Six

The Gen2 cabin dimensions are identical to those of its predecessors: seating for up to nine passengers in a space that measures 18.5 feet long, 68 inches tall (in the trenched center aisle), and 66 inches wide. You get to nine passengers on this airplane by occupying the two-place divan opposite the entry door—a seat best suited for dogs, small children, and backpacks—and by placing one unlucky traveler on the belted lav in the aft cabin.

In reality, this is a six-passenger airplane and each of those occupants will have a single executive seat with the ability to slide, swivel, and recline. The aftmost two single seats have limited recline. You can opt for a two-place divan opposite the cabin door or a side-facing single seat and extra cabin closet. The cabin can be fitted with a refreshment center sufficient for snacks and sandwiches, ice, garbage, 30 mini-bottles of booze, four or five six-packs, and two wine bottles. Aftermarket microwaves and warming ovens are available.

But remember, this is an aircraft cabin designed when its peer group included such now out-of-production models as the Hawker 800/900 series and the Learjet 55/60. Measured against flat-floor competitors on both the low and high sides of the price curve, such as the Pilatus PC-24 and the Embraer Legacy 450/Praetor 500, the Gen2 shows the length of its lineage. As does the cockpit, where Cessna decided to stick with the Pro Line 21 avionics that have been soldiering on for nearly 15 years instead of opting for more modern technology.

Even with all this antiquated lineage, styling, and systems, the Gen2 continues to attract an audience. At this year’s National Business Aviation Association convention, operator Fly Alliance ordered 12 of them. According to the General Aviation Manufacturers Association, Textron Aviation delivered eight Gen2s through the first six months of 2022.

It seems some people still have a soft spot for Grandma. 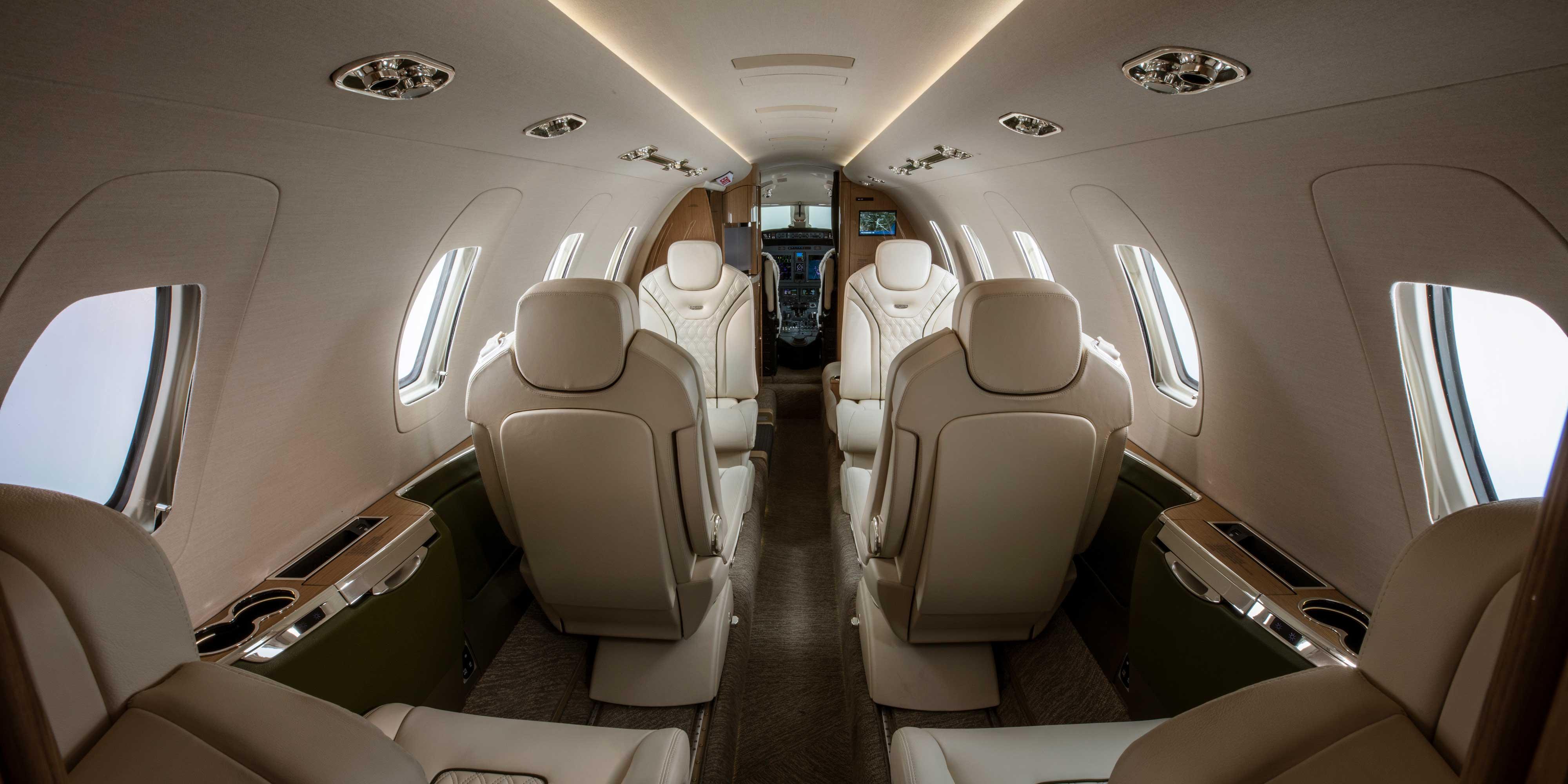