How Safe Is Safe Enough?

Aviation’s safety record outshines those of all other forms of transportation, and—no pun intended—that’s no accident. Our industry’s designers, pilots, managers, service providers, and regulators are constantly striving to expand and refine our safety culture. With each new safety revelation, we’re adding another layer of measures to combat the challenges produced by weather, air traffic, mechanical failure, and pilot error.

For example, over the past several years, standardized safety management systems (aka SMSs) have come to the forefront in aviation. They are carefully crafted, organized, and documented internal rules and procedures for airlines, charter operators, corporate flight departments, and now, even service organizations like FBOs. The programs have been encouraged and even mandated for increasingly small-scale operations. It’s possible to envision a day when even private pilots will have their own SMSs. “Do the right thing—every time” is the SMS mantra.

We have also instituted the International Standard for Business Aviation Operations (IS-BAO), a worldwide summary of best practices that helps guide operators in ensuring every flight is as safe as can be. 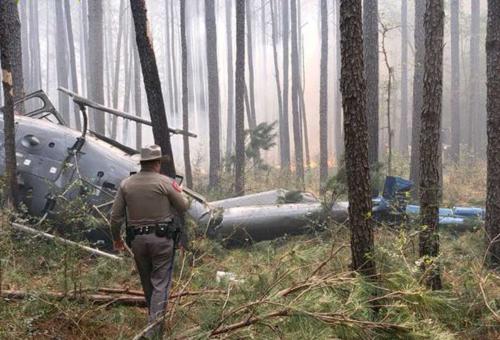 Fifteen fatal accidents with 27 fatalities have been recorded so far this year in the U.S.

But sometimes having all those layers of protection can bite when it comes to public perception. If one or two of the multiple layers of safety procedures are breached, expert voices will invariably call out the offending parties on cable news shows, even if no metal gets bent. Headline writers for competing media outlets latch onto an opportunity for an eye-catching story. More and more, online news providers are earning their bread and butter based on page views, so the more lurid the pop-up headline, the stronger their revenue flow. It’s an unfortunate confluence of market forces that compromises accurate reporting.

A recent online headline, for example, screamed about an air traffic control error that caused two airliners to come “within two seconds” of colliding on a runway in Scotland. That got my attention, and I contributed my mouse click to the news outlet’s coffers. What happened, in fact, was that a controller inadvertently allowed an airliner to land too close behind on the runway from which another aircraft was departing. It’s true that the landing aircraft touched down mere seconds after the other one had broken ground. But the departing aircraft was at the far end of the runway, more than half a mile away and accelerating.

To help place this incident in context, consider that at the week-long AirVenture gathering in Oshkosh, Wisconsin, every summer, incoming traffic is so heavy that special separation procedures enable as many as three airplanes at a time to land on a single runway: one long, one medium, and one short. The system has been working for 50 years with an excellent safety record. Even though these are smaller, slower airplanes, it’s not hard to see that large airliners operate with extremely conservative separation standards, and the rules are so written out of an abundance of caution.

A more sinister aspect of the apparently unending string of redundant safety procedures is that pilots and other aviation professionals can become cavalier in sidestepping the recommended measures for “convenience.” A 2017 fatal Learjet crash at New Jersey’s Teterboro Airport involved a long list of broken company safety rules and ignored industry best practices. But was that a result, in part, of piling on too many safety layers?

One cue to watch for is whether or not adding a layer to the safety net leads to removing or simplifying an existing one. If all we do is keep adding procedures while retaining obsolete boxes on the checklist, we’re bound to instill an unintended sense of frustration with the entire process. That can lead to dangerous consequences, even among prudent professional aviators and service providers.

That said, the vast majority of those procedures exist for good reason; they provide a built-in buffer that helps to produce aviation’s remarkable safety statistics. Keep those statistics in mind the next time you read sensational reports of near-disaster in the skies. What really happened could be a whole lot less click-worthy than the screaming headlines suggest.