South Florida’s upscale Delray Beach—a city of around 67,000 people that provided backdrops for movies like Body Heat and In Her Shoes—has a reputation for being pretty and somewhat sleepy. But its downtown, courtesy of an ongoing New Urbanism revitalization, is becoming more dynamic and exciting. Case in point: the 141-room Ray Hotel. It opened with considerable fanfare last fall, and immediately made an architectural statement with its enigmatic Cube, a glass structure that extends from the main building and floats over the porte-cochère.

Serving as an event space, the Cube announces the Ray as cutting-edge, in contrast to the city’s Mediterranean and Main Street styles, and is a fine representative of Hilton’s Curio Collection of hotels, which emphasizes uniqueness and artistic flavor. 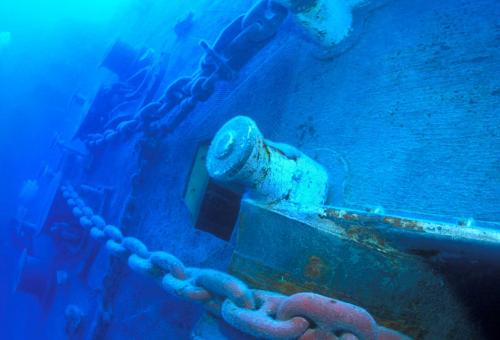 Deep Diving to the Shipwrecks of Florida

It requires much preparation and carries significant risk, but the reward can be rare and valuable fish.

If the charming beach-style guest rooms are meant to suggest a midcentury Amalfi Coast, the stunning rooftop captures the essence of tropical modernism, with its ipe wood (Brazilian walnut) pool deck and the mostly alfresco Rosewater Rooftop restaurant. The Ray’s range of gastronomic choices is impressive for a boutique hotel and includes steaks and seafood at the Ember Grill and an innovative Japanese restaurant eponymously named for Michelin-starred chef Akira Back.